Japan’s Emerging Multilateral Role: Has the ‘Lead from the Front’ Moment Arrived?

On facing an international context featuring rising great power rivalry and growing preference for bilateralism, Japan has stepped up its international role to keep the spirit of multilateralism alive. Forthcoming G20 Summit in Osaka will be a test for Japan’s emerging multilateral leadership.

Japan is scheduled to host the fourteenth G20 Summit in Osaka on June 28-29, 2019. At a time when Tokyo is projecting itself as a leader of multilateralism, there is no better opportunity than holding the presidency of the most influential international forum in the world. It will be the first G20 Summit to be hosted by Japan since the meeting began a decade ago. However, in a world of uncertainty owing to the wave of protectionism and nationalism, championing the cause of multilateralism is easier said than done.

With a growing perception of international relations as a zero-sum game and differences between countries have become starker as reflected in the previous two editions of the G20 Summit, the belief in collective action in general and the effectiveness of G20 in particular have come under question from many quarters. However, the relevance of G20 cannot be underestimated at least for two reasons. G20 is the largest forum in the world attended by heads of state from nineteen countries, the European Union and important international economic institutions representing eighty percent of world’s GDP and almost seventy percent of world’s populations. G20 is also the most inclusive economic governance forum reflective of the changed global balance of economic power accommodating rising powers such as China, Brazil, India, Indonesia and South Africa.

Perhaps no other national leader in today’s world who is as active as Japanese Prime Minister Shinzo Abe to keep the spirit of multilateralism alive. The multilateral system has helped Japan to prosper and to become a leading economic power. Japanese foreign policy in the post-War period featured a close alliance with the United States (US) and followed Washington’s lead on multilateralism. Japan, world’s third largest economy remains an ally of the US but also manages a very large bilateral economic partnership with China. Therefore, President Trump’s “America First” approach and the ongoing trade conflict between the US and China has put Japan in a difficult position. 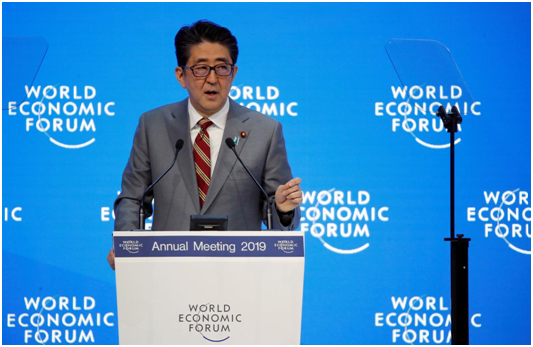 To avoid collateral damage, Tokyo improved its relations with China and has been working tirelessly to keep Washington engaged in Asia and multilateral system. Prime Minister Abe’s visit to Beijing in October 2018 illustrated Tokyo’s pragmatism in navigating its relations with China and the US and hedge against the ongoing rivalry between the two. On the other hand, Prime Minister Abe has also been working hard to maintain a strong personal rapport with President Trump to keep Washington in the loop.

A bilateral deal between Washington and Beijing, which appears to be on the horizon is a possible a solution to the ongoing trade war. However, from a Japanese perspective it is not the preferred solution for the long run. A bilateral solution to the trade dispute would be a nail in the coffin for a multilateral order that Tokyo has been trying hard to promote. A great power order, be that ordained by an intense rivalry between US and China or a G2 model jointly run by the two would not be in the best interest of Japan. In fact, rising preference for bilateral approach to international relations in Trump’s America and China is a major concern for Japan.

From Japan’s perspective, multilateralism would be the preferred way to manage great power politics and power transition. Multilateralism has also been Tokyo’s approach to managing the ‘rise of China’ by embedding Beijing in international rules and institutions. More than any country Japan can convince the world about importance of a rule based order from its experience of maintaining a robust economic relationship with China despite having a troubled political relationship with that country. 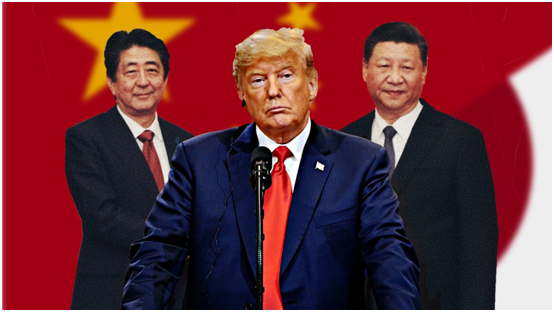 Trump’s attack on multilateralism and lack of political will to lead the liberal international order that Washington built in the post-War world has been a wakeup call for Japan. Of late Japan has been making efforts to recast its international role as that of a leader of multilateralism. A key moment in Tokyo’s emerging leadership role arose following Washington’s withdrawal from the Trans-Pacific Partnership (TPP) framework in January 2017.  Tokyo took the lead to conclude the treaty without the US in the format of Comprehensive and Progressive Agreement for Trans-Pacific Partnership (CPTPP) in March 2018. Japan has also signed an FTA with the European Union in 2018 and is taking a lead role for an early conclusion of Regional Comprehensive Economic Partnership (RCEP), a regional free trade agreement that includes India and China.

The role of Tokyo in CPTTP according to Japanese Chief Negotiator, “for the first time” was that of the “lead instead of being on the defensive”. Indicating Tokyo’s future leadership role drawing on the CPTPP success, Prime Minister Shinzo Abe stated that Japan would act as ‘the flag-bearer for free trade’. In the past Tokyo played important roles in promoting multilateralism in Asia, but the Japanese approach has been more implicit, often referred in academic scholarship as “leading from behind”.

Japan’s assumption of the G20 presidency comes at the time when international relations look uncertain and is in need of big and bold decisions. A clear-headed leadership of Japan in Osaka is a necessary antidote to pessimism and uncertainty that looms large in global multilateral scene and to keep G20 relevant. Japan announced that under its Presidency four issues are being prioritised: trade imbalance, quality infrastructure, digital taxation and aging society. In an apparent effort to make a bold move Japan also announced that a new multilateral framework for data governance would be deliberated at the Osaka Summit to effectively respond to rapid growth in global digital economy.

Taking up its G20 Presidency Prime Minister Abe declared that “Japan is determined to preserve and [is] committed to enhancing the free, open and rules-based international order”.  Multilateral leadership role is an important element of his new multipronged approach to foreign policy in an effort to recast Japan’s position in the emerging international order. Under Abe, Japanese foreign policy has been witnessing a departure from the post-War low key approach to a proactive diplomatic posture. The G20 Presidency of Japan will be a test for Japan’s newly articulated role as a leader of multilateralism.

* Dr Jojin V. John, Research Fellow, Indian Council of World Affairs, New Delhi.
Disclaimer: The views expressed are that of the Researcher and not of the Council.