The answer to the tightrope that Europe is forced to walk in the tussle for 5G  technology is to be found in investing more in the development of 5G technology within the continent at competitive rates, addressing the concerns of data security and providing safe networks by using multiple manufacturers, and by building resilient networks.

A battle in the name of technology is being fought between the United States (US) and China over how to counter each other in terms of access to 5G technology on the sidelines of the US-China trade war. US has always been at the forefront of technological innovation as the possession of the most advanced technology is one of the most potent ammunition in the arsenal of any country. States around the world recognise that and perhaps it this recognition that has come to characterise the tussle over the development and use of 5G technology.

Huawei, the Chinese Telecom giant has been in the eye of a storm on charges of purported espionage. The Trump administration has been very vocal in its displeasure with any other country using the 5G network being established by Huawei. Europe has been trying to balance its need for technology and at the same time not openly go against the US. The tussle over 5G technology, how Huawei became the focal point of controversy and how this struggle is playing out in Europe needs a closer examination. 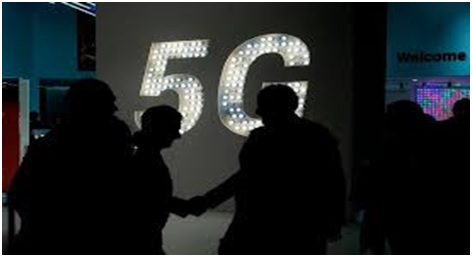 Huawei and US Opposition

Huawei, has grown phenomenally over the years and of the three firms, Nokia, Ericsson and Huawei that supply high tech kit used to build mobile phone networks around the world, Huawei has been most active in selling the technical standards for fifth-generation networks[1] that promises big leaps in speed and capacity of existing technologies. America has been asking its allies to freeze out the firm.[2] The escalation began last year when Canada arrested Meng Wanzhou, Chief Financial Officer and daughter of Ren Zhengfei, the founder of Huawei in December 2018 on a US warrant. In January, 2019 the US Department of Justice had said that the company was involved in supplying prohibited financial services to Iran. It is also charged with attempts to steal trade secrets from T-mobile, which is an American subsidiary of Deustche Telekom.[3] In retaliation, China had also detained two Canadians accusing them of spying.  In May, 2019 China formally arrested them.

On 14 May 2019, the US Department of Commerce said that it is adding Huawei Technologies Co. Ltd and 70 affiliates to its “Entity List”[4] in a move that would not allow Huawei to buy parts components from US companies without the approval of the US government. In an executive order dated 15 May 2019, President Trump remarked that “foreign adversaries are increasingly creating and exploiting vulnerabilities in information and communications technology....which store vast amounts of sensitive information in order to commit malicious cyber-enabled actions, including economic and industrial espionage against the United States and its people....thereby constitutes an unusual and extraordinary threat to the national security, foreign policy, and economy of the United States.”[5]InterDigital and Qualcomm are the two major American patent holders for wireless networking technology that includes 5G networks.[6] This move is aimed at targeting the production capacity of Huawei that relies on US suppliers to sell its goods in the market. Post ban imposition, Google, Intel and Qualcomm have stopped selling hardware and software to Huawei. The firm relies on American companies to source a sixth of all its components and to stop its  reliance  on  American  firms  it  has  to reconfigure  its  supply chain.[7]With Google ending its software services to Huawei phones, it has already begun to affect its business and with Intel and Qualcomm stopping the supply of parts essential to building phones, its supply chain will be potentially affected.

Huawei says it has been bracing itself for the US ban and has enough inventories to avert crippling effect of the ban. China filed 53,345 patents in 2018, which was only marginally less from 56,142 patents filed by US. One in ten patents from China has come from Huawei. This is the pace at which the company seeks to build its own technology.[8]

Europe has been trying to balance between the two sides and is not far removed from this tug of war. The security concerns of Americans regarding Huawei using its devices for espionage, amplified by the Chinese law requirements of cooperating with intelligence agencies when requested have been difficult to brush aside. The Vice President of the European Commission and European Union Commissioner for single market, Andrus Ansip argued that Europe should be worried about Chinese telecom vendors due to cyber security risks.[9]

The sensitivity of the matter can be perceived from the fact that when news emerged that the United Kingdom’s (UK) National Security Council had approved plans to involve Huawei in the infrastructure development for 5G network allowing the company to supply “non-core” equipment; it also claimed its casualty immediately when UK’s Defence Secretary Gavin Williamson was abruptly removed from his position. UK had argued that the threats can be managed without banning Huawei. The UK is also a member of the Five Eyes alliance-an intelligence sharing network among five countries[10] and the US has been warning the member countries to refrain from using Huawei gear. In this scenario, the UK agreeing to allow Huawei to function in the country is a significant boost for the company. Even Germany has been against the idea of a complete ban. When Italy joined the Belt and Road Forum in March 2019, it carefully avoided mentioning Huawei. However, during the second Belt and Road forum in China, Italian Prime Minister Giuseppe Conte assured Huawei Technology that it will not face discrimination in Italy’s roll out of 5G network.[11]

Apart from espionage, it has also been argued that Huawei’s kit is prone to cyber-attacks of all kinds due to security flaws in their codes. Huawei has stressed that it is not inserting “back door” in its products. A backdoor is a technique through which system’s security can be bypassed undetected to access their data.  Huawei stresses that if the claim could be proven true, it would destroy their markets. Huawei has said that it is prepared to sign no-spy pacts with governments to alleviate concerns about spying. A company executive on a visit to London argued that the concerns about Chinese laws requiring the company to cooperate with intelligence are exaggerated and insisted that “there were no laws requiring a company to collect information from foreign governments”.[12] It has been reported that a similar agreement has also been offered by Huawei to Germany.

Given the security and data protection concerns around Huawei, Europe appears to be a divided house. While the US has upped its ante against Huawei, it has not demonstrated any concrete proof of Huawei using back doors to steal information. While the European Commission is concerned about Huawei’s dominance and threat to security, it is unlikely that European countries will ban Huawei outright. A complete ban is also perceived as anti-competitive by Europeans. Further, banning Huawei will also put Europe behind US and China, where the 5G technology is set for roll out this year.

Falling behind in roll out of 5G technology will have long term strategic implications for countries in Europe and so will excessive reliance on Chinese vendors. Added to this, the American threat of stopping intelligence sharing with countries that use Huawei’s services can prove to be detrimental. Perhaps the answer to this tightrope that Europe is being forced to walk is to be found in investing more in development of 5G technology within the continent at competitive rates, and addressing the concerns of data security and providing safe networks by using multiple manufacturers, and building resilient networks.

* Dr Surabhi Singh, Research Fellow, Indian Council of World Affairs, New Delhi.
Disclaimer: The views expressed are that of the Researcher and not of the Council.

[1]The company’s products are more advanced and cheaper than those provided by its rivals.

[3]In March 2016, the commerce department had added ZTE Corp to its entity list amidst allegations that the company had attempted to hide its re-export of U.S items in violation of U.S law. The crippling ban forced ZTE out of business.

[6] Reuters (2019), “InterDigital expects to be able to license 5G tech to Huawei, despite U.S. ban”, Accessed on 22 May, 2019, URL: https://in.reuters.com/article/us-huawei-usa-interdigital-us/interdigital-expects-to-be-able-to-license-5g-tech-to-huawei-despite-u-s-ban-idINKCN1SR06C

[10]The members of the alliance are America, Australia, Britain, Canada and New Zealand.

[12]The Guardian (2019), “Huawei prepared to sign no spy agreement with the UK government”, Accessed on May 15 2019, URL: https://www.theguardian.com/technology/2019/may/14/huawei-founder-shut-down-china-eavesdrop