It was a major surprise for many when the Transitional Military Council (TMC) and Force of Freedom and Change (FFC) - an alliance of five civilian political blocks- in Sudan finally signed an agreement on August 17, 2019 to form the eleven-member Sovereign Council to rule the country for the next thirty-nine months. How does one reconcile this surprising success of the protracted negotiations between army oligarchs and the democratic-aspirant civilians with the political trajectory of post-Arab uprising in the region where anarchy, intractable conflict, chaos and the ascendency of the army had become the new political normal?.

A backgrounder to the present:

The political crisis was triggered in December 2018, when people, seeking inspiration from protests in Egypt, Libya and Morocco took to the streets first to express dissent against the anti-people policies of the three-decade old rule of President Omar Al-Bashir, and later to successfully dislodge him. On April 11, 2019 Omar Al-Bashir was removed from power due to mounting pressure on the streets and also due to the army’s reluctance to stand behind him.

The armed forces formed a seven-member TMC1 to govern the country and the civilian protestors formed their own group - ‘FFC’, who wanted an immediate transfer of power to a civilian entity. Several rounds of talks followed, but no progress was made over the issue of the proportion of representation of the two groups in the executive and the sovereign council.2 The TMC refused to share executive power with civilians, while the opposition desired a majority in the sovereign council and executive power as well. The issue of “who will rule Sudan” emerged as a major bone of contention.

The TMC started facing a lot of pressure from regional bodies like the African Union (AU), which called the TMC to hand over the power to a civilian government within three months, but both sides failed to make any headway and the TMC repeatedly suspended the talks. In his capacity as the representative of African Union, the Ethiopian Prime Minister Abey Ahmad also flew to Sudan3 amid the deadlock to persuade both sides for reconciliation but with no success.

Speculations and apprehensions were finally put to rest when both sides- the TMC and the FFC signed an agreement in presence of the head of AU Commission, the Prime Minister of Ethiopia Abey Ahmad and representatives of Saudi Arabia, Turkey, Egypt, United Nations, and the United Arab Emirates on August 17, 20194 to share power and pave the way for a transitional government. This was after almost five months of political uncertainty and large-scale violence. The transition period, as per the agreement, will last for thirty-nine months and this will be followed by election under a new constitution, to be finalized during the transition period. Mohammad Hmadan Dagalo, (deputy chief of the now-disbanded TMC-now replaced by a sovereign council- and not-so-popular among the civilians for his crackdown against them through his paramilitary Rapid Support Forces and closeness to former President Omar)  and Ahmed al-Rabie, ( a member of FFC ) were chosen to sign the agreement from their respective sides. The newly created Sovereign Council (SC) will be headed by Abdel Fattah Al-Burhan, head of the former TMC for first twenty-one months and then will be transferred to a civilian nominated by the FFC. The sovereign council will consist of eleven members- five from each side- who have already been administered the oath of office. The eleventh consensus member who has been designated as head of Sudanese judiciary is Nemat Abdulah Khair who was until now a member of the Supreme Court of Sudan. She is the first woman in the history of the country to achieve this landmark.

The agreement also provides for a legislative assembly of 300-members and the prime minister has twenty-one days to appoint a twenty-member cabinet of technocrats from the date of taking the oath of office. The choice of office of prime minister has been given to the FFC and they have nominated Abdalla Hamdok5. He is a well-known administrator and has served in many national and international administrative positions. Till recently, he was the Deputy Executive Secretary of the United Nations Economic Commission of Africa. Hamdok was administered the oath of office on 21 September along with eleven-member sovereign council by its chief who was himself earlier administered the oath of office by the chief  judge of Sudan. 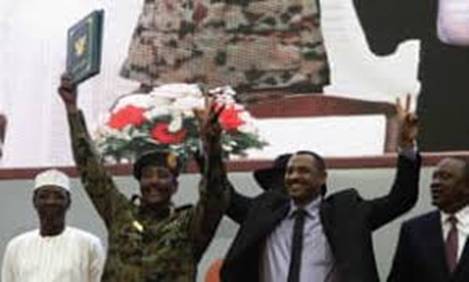 (Figure 1) Celebration after signing of the deal

Challenges ahead for the Transitional Government:

sThough euphoria and optimism have gripped the streets of Sudan after the agreement was signed, the challenges before the new government cannot be overlooked. The agreement stipulates for creating three branches of Sovereign Council (SC); Cabinet and legislative assembly6 and provides for the head of the SC to act as a executive head. But a power struggle among these three centers of power and particularly between SC and a technocrat cabinet cannot be ruled out. The biggest challenge would be to curb animosity towards the army, which has hitherto been intrinsic to the political culture of the country. A harmonious relationship between the army and the civilian branch within the sovereign council would largely determine the success of the transitional phase. The fate and treatment of former President Omar Bashir is likely to be another source of contention between the two sides, because  Bashir belongs to the army fraternity (as seen in case of Mubarak in Egypt), where the civilian side is for seeing him punished for his three-decades of cruel and autocratic policies.

The possibility of some regional powers offering asylum to Bashir is also there. This is what happened in the case of Tunisian ruler president Ben Ali who left for Saudi Arabia after the revolution in Tunisia.  One also needs to see how the army will deal with the civilian demands to punish those involved in the massacre of June 3. In the past they directly blamed Mohammad Hmadan Dagalo, who since has not only been inducted into the SC but enjoys the protection of its chairman and is regarded as the most powerful man in the country.

The decision of Abdel Fattah Al-Burhan to keep the defense and home departments with the army has already sent a message that no further political protest will be allowed in the name of national security. The home and defense departments have always been the bulwark for the army to rein in dissent. The security sector has been excluded from civilian oversight and according to 2017-18 reports, 55% of the budget is earmarked for salaries including for armed forces and organized forces.7 The transfer of SC’s presidency to a civilian after twenty-one months, as stipulated in the agreement, may not be as easy as many believe because sharing or abdicating power is not usually the part of the military’s rule book.

On the economic and foreign policy fronts, the new government is also likely to face major challenges. The economic situation had earlier triggered the protests. The deep-rooted economic corruption and a nexus between political elites and business tycoons had forced the people of Sudan to come out in protest on the streets. In his first hearing of his trial, Omar himself accepted as having received US $90 million from the Saudi Prince Mohammad Bin Suleiman,8 which suggests the level of economic embezzlement that the previous regime was involved in. The trial against the former president is underway and in a recent hearing he was denied bail by a court in Khartoum.  Today Sudan is among the world’s poorest nations, ranking 167 out of 189 on the Human Development Index of the UN Development Program (UNDP). 9 There is no magic rule for the new government to bring the tottering economy on track. People have high expectations from the new government and any delay in the improvement of their economic lot might further create an environment of anxiety and disappointment.

In the sphere of foreign policy, a number of stakeholders are trying to consolidate their strategic position in the country. On the one hand, there is the Saudi Arabia-UAE-Egypt trio, which not only extended supports to the TMC but also pledged US $ 3 billion in aid to it.10 Egypt being a neighboring country and an old stakeholder in the politics of Sudan would try to dictate the trajectory of the ne w post-revolutionary politics in Sudan. There are reports that the current regime, due to immense pressure from Egypt, is planning to scrap a oil exploration deal signed with Turkey during the 2018 visit of President Erdogan to Sudan when al-Bashir was still in power 11 Turkey, which in recent years has supported the Islamists across the region, is supporting such forces in Sudan as well while Saudi Arabia, Egypt and UAE are extending support to the army and do not want any sort of ascendency for the Islamist elements which are trying to carve out a space for themselves amid the political flux. To preclude influence of Qatar in Sudan, the TMC shut down the Al-Jazeera bureau in Sudan12 and there are reports that the head of the newly-formed SC refused to welcome a Qatari delegation led by its foreign minister to participate in the agreement signing ceremony13. Amidst such divisive strategic templates, it will be not an easy task to pursue a neutral foreign policy despite the claims of the new prime minister to adopt a moderate foreign policy

Sudan has however set an example in the volatile region by reaching a peace agreement with a powerful army, which still seems to enjoy more power than the civilian parties. But the eight months of popular protest was of significance in this outcome being reached. What is also noteworthy the current transformation in Sudan is the absence of the Islamist forces, but their emergence in the near future cannot be ruled out. Finally, it can be summed up that the Sudanese story has been somewhere between that of Algeria and Egypt. In Egypt the army is at the helm of the affairs where popular protest failed to dislodge it; in Algeria there is a transition phase, and the army has almost been subdued.

1 After the overthrow of Omar Al-Bashir on April 11 2019, a seven-member Transitional Military Council was form and it was led by Lt-Gen  Abdel Fattah Al-Burhan.

2 Under an agreement between the TMC and FFC on May 15, an executive council legislative body and an honorary sovereign council was created.

6 Why Bashir Accepted to receive the kickback form Said Arabia, Editorial in RailYoum, An Arabic Daily https://tinyurl.com/yy4mbh2c  Accessed on August 24, 2019

8  Why Bashir Accepted to receive the kickback form Said Arabia, Editorial in Rail-Youm, An Arabic Daily https://tinyurl.com/yy4mbh2c Accessed on August 24, 2019

12 Why Bashir Accepted to receive the kickback form Said Arabia, Editorial in Rail-Youm, An Arabic Daily https://tinyurl.com/yy4mbh2c Accessed on August 24, 2019