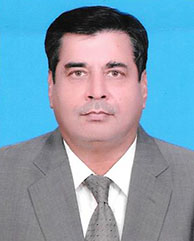 He was awarded a PhD by the Jawaharlal Nehru University in 1992 for his dissertation relating to the economic history of India.

His current interests are historical research, strategic analysis and the diplomatic and intellectual history of modern India. He writes, lectures and participates in discussions on issues relating to Indian and South Asian diplomatic history, Pakistan, Iran, Afghanistan and South East Asia.

He is the author of (i) Attendant Lords, Bairam Khan and Abdur Rahim- Courtiers and Poets in Mughal India,  awarded the Mohammad Habib Memorial Prize by the Indian History Congress in December 2017. (ii) ‘The People Next Door- The Curious History of India’s relations with Pakistan’. (Harper Collins, 2017). His latest book is entitled "History Men: Jadunath Sarkar, G.S. Sardesai, Raghubir Sinh and their quest for India's Past" (2019).